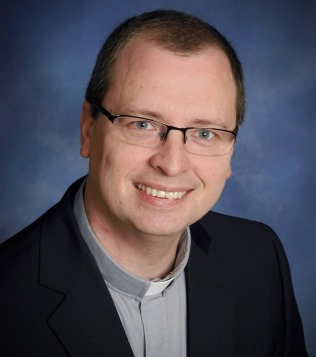 Earlier this year, after attending an information session on the dangers of Internet pornography, and especially the resources now available to those who struggle in this area, I felt the Holy Spirit tugging at my heart to preach on pornography. I am a husband and father of four, and also serve as a permanent deacon within the Archdiocese of Kansas City in Kansas. I usually preach a couple times a month, and in looking ahead at my preaching schedule, I noticed that I was scheduled to preach on the 6th Sunday of Ordinary Time. In the Lectionary for that weekend, Matthew’s Gospel includes Jesus’ admonition that someone who looks at a woman with lust has already committed adultery with her in his heart (Matt. 5:17-37), as well as the prophet Sirach’s encouragement that we can keep the Commandments (Sir. 15:15-20). Although I was naturally hesitant to preach on such a sensitive topic in front of men, women and children of all ages at a weekend Mass, in my heart I knew that was exactly what the Holy Spirit was calling me to do. I knew that I needed to warn our parish families about the dangers of Internet pornography, but also that the primary focus of my preaching would be sharing the Good News of hope that is available to those who struggle with pornography. As missionary disciples, we must never condemn the sinner, but we must not shy away from sharing words of hope and encouragement to those who struggle with sin in this or other areas. With so many people of all ages struggling with Internet pornography, and the devastating affects that I know it is having on parishioners’ lives and their marriages, I knew that God was calling me to share the Good News that there is hope and that there are new avenues of support and encouragement now available to those who struggle in this area. And yet, I wasn’t sure how to go about crafting my message of hope on such a sensitive topic.

As I wouldn’t be preaching for another two weeks, I prayed about it a lot! But I didn’t stop there. I also sought input from my brother deacons, from Sam Meier, who coordinates the Archdiocese’s My House Initiative, and from other friends and family members. I ran through a couple drafts of my homily with my unofficial team of trusted advisors, who for the most part encouraged me and gave me good feedback, including recommendations on points I might want to include in my homily. And then, one weeknight while praying in the Church after work, I ran into a friend, who has young children of his own. I approached him and explained my plan to preach on pornography. My friend expressed his admiration that I would tackle such a difficult subject and his belief that there is a need for such preaching, but he also expressed concerns regarding the sensitivity of preaching on such a sensitive topic in front of young children, and of course their parents.

After reading through a draft copy of my homily, he stated that he really appreciated the positive manner in which I was tackling the subject, and he shared with me that he is actually a Covenant Eyes Accountability Partner for one of his relatives and several of his friends, one of whom had actually lost his job as a result of viewing pornography at work. With that being said, he also recommended that I not use the word “pornography” so much, but after mentioning pornography at the beginning of the homily, use references such as “viewing explicit images” or “visiting inappropriate websites” throughout the rest of the homily.

Making this change probably made the homily easier for parents of young children to hear, but it definitely made the homily easier for me to preach as I practiced it with my wife and children, and when I then preached the homily at four of the Church of the Nativity’s five Masses that weekend. The congregation’s response to the homily was pretty amazing. I am used to parishioners sharing words of appreciation and encouragement as they depart, but more than any Mass before or since that weekend, I was struck by the depth of appreciation expressed by a large number of parishioners that waited to come over and shake my hand, express their appreciation, and request copies of my homily to share with friends and family members. Most of these parishioners were men, but I received positive feedback from a number of mothers and wives as well. One parishioner was almost in tears as she asked for a copy of my homily that she might take and share with her husband at home. For weeks afterward, I ran into parishioners in a variety of settings, who thanked me for my homily or asked that I e-mail them a copy that they could share with others.

HOW CAN WE HELP YOU?